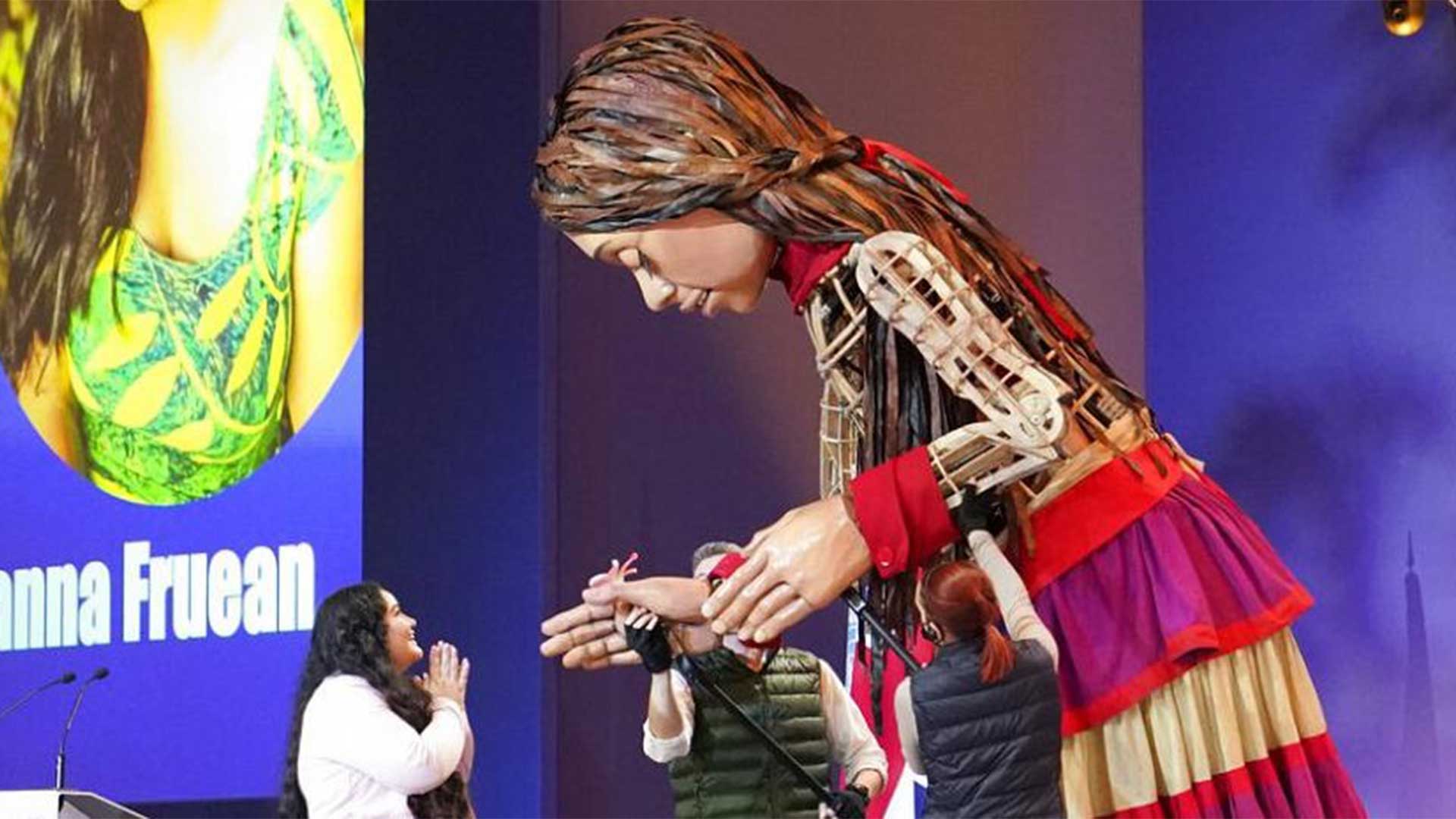 The Planters of a Global Future

At last year’s UN Climate Change Conference held in Glasgow, the silhouette of a young girl cut a striking figure. Fondly dubbed ‘Little Amal’, a giant puppet representing a young Syrian refugee, had walked thousands of miles across Europe to reach Glasgow on Gender Day of COP 26, to open the day’s conversation with Samoan climate activist Brianna Fruean. The two exchanged gifts, a flower representing hope from Breanna, and a bag of seeds from Amal, symbolic of their role as ‘planters of a global future’.

A few weeks ago, I had the opportunity to speak at an event around this very theme: building gender equality for a more sustainable future. UN Women had chosen this theme around its commemoration of this year’s International Women’s Day, ‘recognizing the contribution of women and girls around the world, who are leading the charge on climate change adaptation, mitigation, and response, to build a more sustainable future for all.’

With young female activists like Greta Thunberg being at the forefront of the climate crusade, this theme was one that resonated deeply as a sign of the times—because just as there were young women and girls leading this movement, on the flip side, women and girls are among the most severely affected by the impacts of climate change.

With natural climate cycles and anthropogenic climate impacts combining to create a perfect storm of climate related disasters, the UN estimates that 80% of those displaced as a result, are women and girls. Around the world, women, who make up the majority of the world’s poor, are more dependent on natural resources for their livelihoods, and face social, economic, and political barriers that limit their capacity to cope, thereby making them more vulnerable to the effects of climate change than men.

Women’s roles as caregivers and homemakers also influence how they are disproportionately impacted by severe climate crises, as they are often responsible for securing food, water, and fuel, while bearing and raising children, and providing care to family members. With unequal access to education, resources and decision making within their homes, women and girls also face health challenges due to scarcity of food, contaminated water, and exposure to climate impacts.

But while these disparities exist, they also mean that empowering women and girls to deal with the climate crisis make them natural and effective leaders in the fight against climate change. Women are often at the heart of their societal units, be it families, communities, places of learning and caregiving, and have immense capacities to be changemakers within their spheres of influence. Their responsibilities place them in a unique position to contribute to livelihood strategies that take into account the ever-evolving environmental realities. Equipping women with the knowledge and tools for climate adaptation and mitigation has the capacity to enable the climate readiness of families, communities, and countries, and allow equitable participation in decision making processes.

While climate mitigating strategies must include women and girls, it is also important to break away from the biases that are assigned to the roles that different genders play in facing these challenges. We must move beyond the socially identified gender roles and take equal responsibility to find the best and most effective solutions to the climate crisis. In doing so, we must factor in the various gender related impacts of climate change and the required solutions for mitigation and adaptation.

While companies, governments, and non-profit and civil society organizations work on future-proofing our world, the responsibility is upon us all to create opportunities for equal gender representation and to allow all voices to resonate as our planet’s most fierce protectors and most effective agents of change.

Fostering purpose-driven leadership on the journey to sustainability